How To Start Running? 7 Basic Rules to Making A Good Start

If you’ve decided that running will be the starting point in your new health plan that will turn you into a fitter, leaner and faster human machine with healthier blood pressure and cholesterol levels, stronger heart and clearer mind, then I cannot complement your decision enough. But where to start? Do you simply just open the door and start running, or is there a bit more to it?

I can give you at least 45 elaborate answers as to why I would say ‘No’ to skiing. There’s nothing wrong with mountain slopes but I know where I would end up if someone attached me to a pair of skis and gently pushed me from behind. I can imagine that tree getting bigger…

So ask yourself why you’d say ‘Yes’ to running. If you think about running, indoors or outdoors, rain or shine, alone or in a company, and it feels just right, then, yes, that’s a good start… but before you start splashing out on all sorts of expensive, trendy and cool running gear that will make you look, well, very trendy and cool, do make sure all your ‘Yes to running’ boxes are ticked.

2. Are you ready to start running?

I always like to say, check that old knee first. I started running in my fifties and I would have spared myself lots of trouble if I had paid closer attention to my past knee injury.

You need to make sure that all engine parts are in working order before you hit the road. Your legs, lungs and heart will carry you along when going gets tough, so it would be a good idea to seek advice from your doctor first. You should  never do what I did and ignore previous troubles, they just might come back to haunt you.

Ok, so you are good to go and would like to venture out looking like those pros on TV. Don’t. They are pros and they are being sponsored. You are just starting out, and you are yet to figure out if running is really for you.

People change minds months later and end up trying to flog their gear on eBay, the gear that nobody wants to buy. So put on some t-shirt or any light top, some shorts or leggings, or a track suit, and your old trainers. No trainers? They will end up being the most important part of your gear so go buy them.

No need to spend loads, for now just get something that fits and makes your feet feel comfortable. You can always upgrade later.

(If you wish to explore this topic further check my in-depth articles on best running clothes and running accessories).

It’s good to have an idea about what you are going to do. A plan. I followed ‘Couch to 5K’ program app. It is easy to follow, and if you stick with it for 9 weeks you will eventually be able to run for 30 minutes, three times per week. You simply will be. It may take you longer to run 5K but you can cross that bridge later. Do your research, find a program or a plan that suits you and go!

5. How should I run in the beginning – are there any special rules when you first start running?

This largely depends on how long it has been since you last ran. You will be waking up entire muscle groups that have been dormant, and they will rebel. It will feel hard an awkward. It’s like trying to use your arm that only laboured to lift a glass of wine, to exercise a single arm push up.

In order to make your life easier and your new found muscles happier and stronger, you will have to run very slowly when you first start running.

Many people start running as fast as they can but that won’t take you far in this game. You cardio won’t cope, your muscles will seize up and you’ll start to believe that running is not for you. Wrong.

Slow down, take walking breaks if you must, and just keep moving ahead in a gentle way.

6. Listen to your body! Always!

In the beginning there will be niggles and aches. You are waking up those muscles and working on your cardio, remember? Niggles and aches are expected but pain is not. Pain means that something isn’t right. Something, somewhere has gone wrong. Do not, ever, run through pain. Stop. Go home. Rest up. Put some ice where it hurts and don’t attempt to run again until all is fine. Before you run again, try and find out what’s causing that pain.

Most running injuries are caused by one of the following simple reasons:

You had pushed your body before it was ready

You had been running hard and fast before your body got strong enough. Go gentle instead,  no rush. Fast and hard will take you faster to a hard injury table.

You have not been taking rest days between the runs

When you run there will be micro tears in your muscles and tendons, that’s why you need to rest up lots in the beginning. It takes time to be able to run daily, sometimes even a year or so. Listen to your body, it will send you signals that don’t feel right.

Running shoes that do not agree with your feet

I made a mistake of not doing gait analysis once I decided that I wanted to carry on running. My shoes were inadequate for the shape of my feet and instead of giving me support, they led me to a knee injury. Expensive shoes do not mean they will fit you right. Money and fit aren’t always linked. Try as many shoes as you need, seek good professional advice from gait analysis guys and only buy what feels right. Bad shoes – bad runs.

Many people run happily without insoles but you may need to get some and you may want to have them custom cut for that perfect fit. I needed the insoles but ran without them in the beginning. My body was out of balance as a result and more pressure was put onto my left knee, leading to a bad injury.

Pain means you have already got injured. Running through pain means that you are simply aggravating your injury. Don’t do that. Ever.

So you have now successfully started running – you can run three times per week, your shoes are very comfortable and you are moving injury free. That’s a great start. You can even go and buy some of that cool gear, like the pros wear (the sponsored! pros, so mind those price tags). You will discover where you’d like to go from here.

Don't miss future articles - click here to subscribe
Some people are happy with three easy weekly runs, some decide to run more often and for longer, some become long distance runners (check out my journey from an ex-smoker couch potato to a long distance runner).

All options are good if the body feels good and everything comes together naturally. The key is to take time and enjoy yourself.

Did you follow those rules when you started? If not, did you have your own or you simply ran? 👇

I hope that sharing my story, and what I have learned along this journey, will inspire you to get started and to keep going. To keep striving and being the best you can be. In running and in life.

Stretching For Runners – How Important Is It And Where To Start?

I sometimes think back of my age of innocence when I began to run. I had nearly no knowledge of anything associated with beginners running, all I thought was ‘put some shoes on and run’. No idea of the gear, food, training plans, hydration, types of running, let alone... 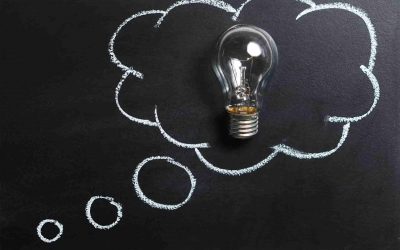 On the surface running is very simple. Basic equipment, simple movements, loads of benefits. And then we begin to discover one thing after another and, naturally, start asking questions. At times there could be plenty of them. Like a child facing a new situation, a... 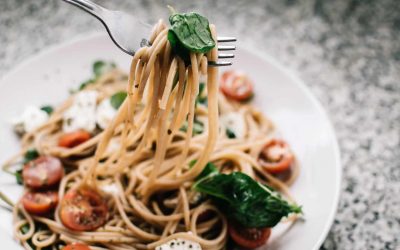 In an ideal and care-free world a runner should just lace up and go. We shouldn’t think of such unnecessary terms like, say, ‘fueling’. What is fueling anyway? What and why do we need to fuel? Can’t we just run? My first running steps were all about careless jogging... 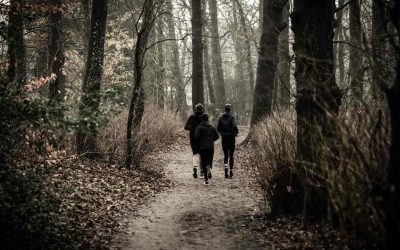 How I Trained To Run 5K: The Start To My Life-Changing Running Journey

In the beginning things were simple, or so I thought. I had a pair of trainers, shorts and a top. And lots of enthusiasm. I wanted to run 5K as quickly as possible, get fit - stay fit and enjoy myself. Except, I didn’t have a faintest idea how to do it. No plan. And...

The Importance of Electrolytes – What Every Runner Needs to Know

What are electrolytes? Electro-lite-whaat?! (I can hear you ask) Basically, electrolytes are a band of little guys that conduct electricity in water. Our cells and organs use tiny electrical signals to communicate with each other, and so we need a constant supply of...

Modern life can be a hectic affair and sometimes the best plans need tweaking, changing and even cancelling. Our running is part of it. There are days when we need to work out schedules around running and sometimes it can all become too much, our running can suffer...

After submitting this form you will not be subscribed until you click the link in your confirmation email. Please check your spam and add me to ‘safe senders’.